Discovered under attack by Paul.

"What a day... Thank you so much for your help!"
—Mindy, upon reaching the Security Room

Mindy Baker is a survivor exclusive to Dead Rising.

She is found in Casual Gals in Wonderland Plaza during the scoop Long Haired Punk. She and Debbie Willett are being held captive by Paul Carson.

She can be rescued after Paul is defeated or recruited.

Mindy and Debbie Willett are cowering in fear in the storeroom of a woman's clothing shop as Paul threatens them with a Molotov Cocktail. Debbie pleads for him to stop, saying that they never did anything to him, but Paul accuses her of laughing at him. When Frank approaches them, Paul warns him to stay back or he'll burn the place down.

After Paul is defeated, Frank rescues Debbie and Mindy from the storeroom and offers to bring them to the Security Room.

Mindy appears on the Rooftop from 1:00:00 to 1:07:00 and is armed with a handgun. In her equipment she carries an orange, a bass guitar, a battle axe, a bowling ball, and a nightstick. 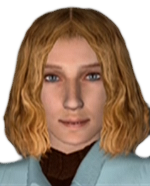 Mindy and Debbie are being terrorized.

Mindy and Debbie are recruited. 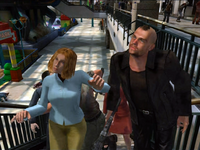 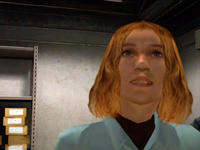 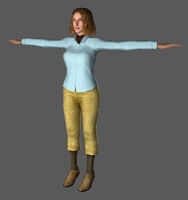 Add a photo to this gallery
Retrieved from "https://deadrising.fandom.com/wiki/Mindy_Baker?oldid=399405"
Community content is available under CC-BY-SA unless otherwise noted.