"Harness the power of flame. Then launch it."
—Combo Card Description

The Molten Cannon is a combo weapon found exclusively in Dead Rising 2: Off the Record. It is created by combining Motor Oil with a Tennis Ball Launcher.

It fires flaming tennis balls.[1][2] It is a heavy item that cannot be stored in Frank's inventory.

Executive producer, Jason Leigh said, "The cool thing about [the one shoots flaming tennis balls] is instead of shooting in an arc like Freedom Bear, this one rotates in a 360 degree pattern that kills all of the zombies around the place."[3] 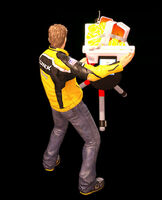 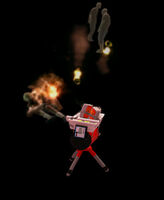 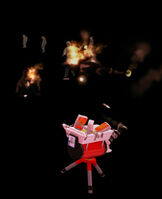 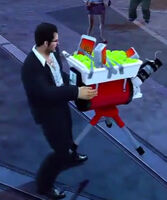 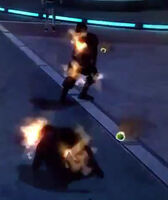 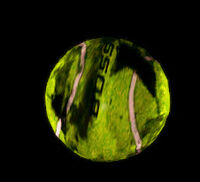