"I'm alright. Take me with you!"
—Nick, on being saved by Frank
"I thought I was a dead man about three times on the way back here. I never wanna go through that again."
— Nick, upon reaching the Security Room

Nick Evans is a survivor appearing in Dead Rising and Dead Rising: Chop Till You Drop.

He is found desperately hanging on to a giant inflatable rabbit in Wonderland Plaza during the unmarked scoop Hanging by a Thread along with Sally Mills.

Hanging by a Thread[edit | edit source]

Main article: Hanging by a Thread

Nick is found holding on to the giant inflatable rabbit in Wonderland Plaza with fellow survivor Sally Mills. A crowd of zombies has aggregated beneath their feet, waiting for them to fall. As Frank approaches, they call out to him for help.

After he clears away the zombies and helps them down, they agree to follow him to the Security Room.

Nick appears in Paradise Plaza (Colby's Movieland, theater #2) at 1:00:00 - 1:07:00 and is armed with a toolbox. When killed, he drops lettuce, a dumbbell, a nightstick, a paint can, and a step ladder.[Verification needed] 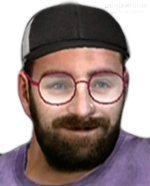 Sally and Nick hanging on the rabbit.

Hanging by a thread. 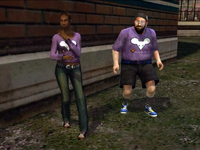 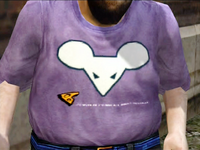 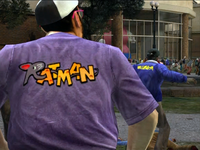 Back of Nick's Ratman shirt. 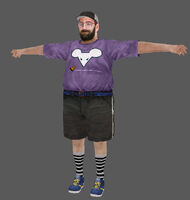 Add a photo to this gallery
Retrieved from "https://deadrising.fandom.com/wiki/Nick_Evans?oldid=399416"
Community content is available under CC-BY-SA unless otherwise noted.