Foxy lady that doesn't play games. Found in the pool of the Palisades Mall.

"Thanks for escort, big boy. Next time Guardian Angels Personal Security will do all the work for you."
—Nina, after being rescued

Nina Suhr is a survivor in Dead Rising 2. She is found in the pool area in the Palisades Mall during the mission Fetching Females. She reappears in Dead Rising 2: Off the Record with the same role.

In Fetching Females, Chuck Greene comes across Nina, Summer Chavez, and Cora Russel in the pool area in the Palisades Mall. He attempts to get the girls to follow him to the Safe House, but Cora tells him that they refuse to move unless he pays their price of $10,000. After Chuck agrees to "settle the tab," Cora thanks him and tells him that they are "worth every penny." The girls then agree to follow Chuck back to the Safe House.

After reaching safety, Cora reveals that they work for Guardian Angels Personal Security and tells Chuck to look them up in a phone book should he ever require their services again.

Nina is one of the crazed survivors Frank can fight in Sandbox Mode. She will spawn in South Plaza with a sledgehammer. Once defeated she drops her weapon and $10,000.

Nina and her girls are rescued. 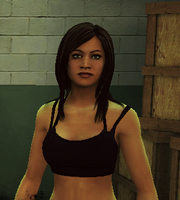 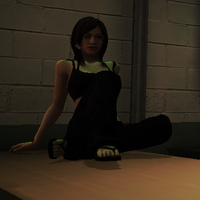 Resting in the Safe House. 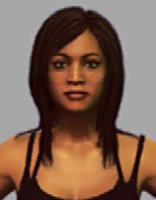 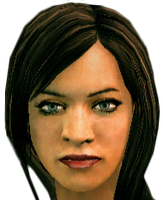