Noah Hawthorne is a victim in Dead Rising 2. He was killed in the Fortune City Arena where the outbreak originated. He reappears in Dead Rising 2: Off the Record with the same role.

Noah attended the Terror is Reality show at the Fortune City Arena and was seen in the backstage area, banging on a locked gate with Jenny Slaten. He was killed by zombies before he could escape.

Trapped behind the gate. 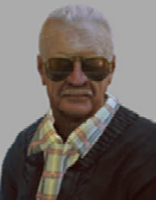 Notebook Entry.
Add a photo to this gallery
Retrieved from "https://deadrising.fandom.com/wiki/Noah_Hawthorne?oldid=392331"
Community content is available under CC-BY-SA unless otherwise noted.