The ghoul mask is a novelty mask and weapon in Dead Rising. It is a mask resembling a ghoul's face.

As a weapon, the mask can be slammed onto a zombie's head, blinding and incapacitating it.

As clothing, Frank wears the mask for comic effect. 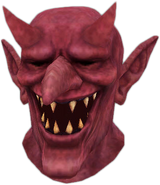 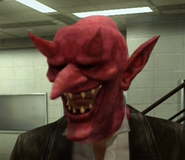 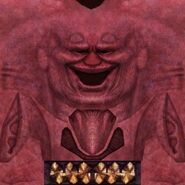 The following Dead Rising Weapons incapacitate but do not kill zombies: