Oscar Dingman is a security guard for the Fortune City Arena in Dead Rising 2: Off the Record. He is killed in the Arena during the Introduction by a bomb.

Oscar is in the Fortune City Arena after the zombies start killing everyone. He attempts to defend himself with his gun, but is killed as a bomb blows up, which also kills Julius Reinke as they try to make their last stand together.

it's unknown if he survived in the original timeline but it's most likely he got killed by zombies.

Notebook, only seen through modified notebook. 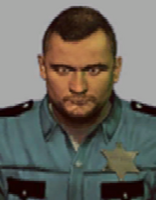 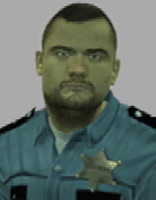 Notebook Portrait in Dead Rising 2: Off the Record.
Community content is available under CC-BY-SA unless otherwise noted.
Advertisement