Overtime Mode is a game mode in Dead Rising. It is unlocked by completing 72 Hour Mode with Ending A, the best possible ending. It is a continuation of the story in 72 Hour Mode. Still at the mall and without a means of escape, Frank must figure out a way to stay alive and not become one of the walking dead.[1]

Once this mode is unlocked, a player can start a new game from the beginning of Overtime on Day 4.

After Ed DeLuca's helicopter is destroyed by a lone zombie, Frank West collapses as more zombies approach from the now-breached Security Room. Isabela Keyes rescues Frank from the zombie ambush and brings him back to her previous hideout, where she informs him that he has been infected by the zombie parasite. She states that their only chance is to hinder the zombification process by crafting a suppressant using ingredients and supplies found in the mall as well as specimens of Ampulex Compressa Giganteus. Frank has no choice but to head out and search for the required supplies, facing Special Forces troops, helicopter drones, and a UH-60 Blackhawk helicopter with orders to capture any survivors they come across.

While investigating the information left behind by her brother Carlito, Isabela discovers that he has already set a plan into motion long ago - by having Isabela create a similar suppressant in their laboratory, he infected fifty orphans with the zombie parasite, administered the suppressant, and allowed them to be adopted by families all over the country - essentially planting fifty zombie time bombs.

The generator in the hideout soon starts to fail, and in order for Isabela to continue her work, Frank must retrieve a generator from the clock tower in the Leisure Park. Upon approaching the clock tower, he finds the remains of Ed's helicopter, as well as a hole in the clock tower that leads to an underground tunnel beneath the mall. The tunnel is swarming with zombies, but proves to be their only way out.

In the process of creating the suppressant, Isabela also manages to develop a pheromone that repels zombies. Using this pheromone to keep the swarm of zombies away from them, Frank and Isabela head into the tunnel and follow it to the end, where they find a sewage treatment plant. They find a Humvee and attempt to escape on the vehicle, but are confronted by an XML Prototype Tank manned by the leader of the Special Forces operation, Brock Mason.

While Frank drives the Humvee, Isabela operates the mounted Heavy Machine Gun on the vehicle, eventually destroying the tank's automatic system. Brock switches the tank to manual control mode and quickly rams the Humvee, causing it to tip over on its side. Isabela is knocked unconscious while Frank stumbles out.

Brock observes that as prey, humans are much more difficult to annihilate than zombies. He reveals that he had commanded the Santa Cabeza operation, and that his mission is to right the mistakes that humanity has proven adept at making. As he gloats, the automatic system senses a swarm of zombies approaching and swivels the cannon around, taking Brock off guard. Frank takes the opportunity to tackle him, knocking him out of the tank and engaging him in a hand-to-hand fight.

After Brock is defeated, he falls into the zombie crowd surrounding the tank and is torn apart. Isabela, having awakened during the fight, is desperately keeping the zombies away as they threaten to topple the Humvee. As zombies continue to surround the sewage treatment plant, Frank falls to his knees and screams to the skies.

An epilogue states that Frank West later managed to escape the town of Willamette with information about the situation. He released the news, causing a worldwide fervor that leads to the United States government admitting partial responsibility for the outbreak in Santa Cabeza. However, they claim that the Willamette outbreak is the work of a terrorist group (which is technically true), and they are not to be held responsible.

The people of the world soon allowed the Willamette incident to fade from their minds. Although Carlito's plan to use the orphans to infect the entire United States has not been confirmed or proven false, it remains a chilling possibility.

The Overtime walkthrough is split into three pages:

After the cutscene with Isabela, Frank will have to run throughout the mall and collect eight items and 10 queens to help Isabela in formulating a suppressant for Frank's zombification. The items will be labeled with a blue key mark as Frank approaches them. Many of the zombies in the mall are dead, except for the ones in Leisure Park, but special forces are throughout the mall.[2]

After collecting the items, Frank learns that Isabela has created a pheromone that repels zombies. A helicopter has crashed into the clock tower, revealing a zombie infested passage. Isabela and Frank travel through the tunnel to a sewage treatment plant. They ride of in the jeep.

Frank and Isabela are attacked by a XML Prototype Tank driven by Brock Mason, leader of the special forces. Brock hits and overturns the humvee. Isabela is knocked unconscious. Frank and Brock battle atop the tank. Brock falls into the zombie horde surrounding the tank and is torn apart.

Frank has 24 game hours (two hours in real time) to get the 8 items, generator and 10 queens to Isabela. Isabela then gives Frank an injection of the precursor of Zombrex and Frank does not become a zombie. The Cave and Final Battle take place after this, and are not part of the 24 hours.

During the 24 hours which Frank needs to collect these items, Frank will get reminders four ways of his impending zombification: 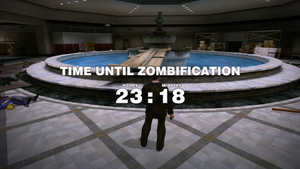 When traveling to a new load screen, a timer will be shown. 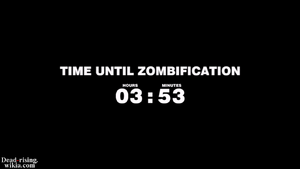 After certain cutscenes, a timer will be shown. 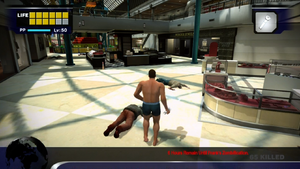 An information bar will notify Frank about how long Frank has before zombification. This bar appears at 24 hours, 6 hours, 3 hours, 1 hour and other times. 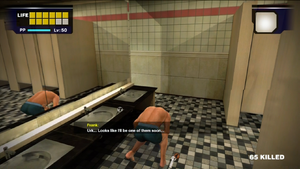 What causes the most trouble, is at certain times, Frank will drop the item he is holding in his inventory, and not be able to move for a few seconds.

At the end of 24 hours, Frank will become a zombie and the game is over.

In Overtime Mode, Frank must contend with the special forces. In addition to ground troops, they have a special forces drone and a helicopter gunship. In the final battle, Frank must also battle the XML Prototype Tank and Brock Mason.

As Frank collects these items in the mall, it is best if Frank tries to avoid and try to remain unseen by the special forces. The special forces are tough and congregate in large numbers when Frank is spotted.[3]

Special forces always wait in same stores until alerted to Frank's presence. Special forces soldiers never respawn in the same load area like zombies do, although they respawn when Frank goes through a load screen and then returns. This means that once Frank kills all of the soldiers and special forces drones in one area, he does not have to worry about enemies respawning.[4][5]

Listings with no numbers indicate only one special forces soldier is in that location. This list is currently incomplete.

Captured by the Special ForcesEdit

If the special forces or zombies manage to completely deplete Frank's health, he is captured, stripped of all of his weapons and items, and handcuffed to the back of a helicopter in the parking lot of Leisure Park, near the entrance to the Maintenance Tunnels. Frank must struggle free of his ties and escape.[8]

To successfully get away, shake the left thumbstick

rapidly back and forth only when the special forces have their backs to Frank and are looking the other way. The meter located at the bottom of the screen slowly fills yellow as Frank struggles. When the stick is not being shaking, it slowly depletes. Once it has filled all the way, Frank is free.

The first time Frank is captured, he is handcuffed with one tie. The second time, two. The third time three. Each time he is captured, it's tougher for him to break free.[3]

To quickly move forward in time, Frank can have his health completely depleted intentionally. When tied down, he can then be intentionally caught trying to release his bonds. Time will then jump forward 3 game hours after Frank is beat by the special forces. 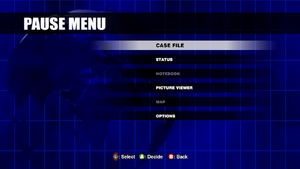 Certain psychopath weapons do not appear in Overtime Mode.

In some areas, several Hunk of Meat are left after the Special Forces killed all the zombies in Overtime Mode.

..and discover that they are going to cover up the evidence.

Isabela refuses to come with Frank to the helipad for rescue.

Frank slumps to his knees after the failed helicopter rescue.

Isabela comes to rescue Frank on the helipad.

"What if there were some way to impede the infection?"

"I managed to identify a pheromone that suppresses the attack instinct in adult parasites."

"I'll need certain supplies to get this to work. And queens.."

"Even if you do manage to make this drug, it won't completely cure me"

"Just how long do you suppose your drug will prevent me from turning into a walking corpse?"

"So I'll be a walking zombie time bomb."

"Well, what we need to do right now is prepare the hormone to get you taken care of."

"In other words, the zombies don't like the way it smells."

"Your anti-zombie perfume... it could keep us safe in that cave."

"You think we could use something like that to keep them away from us?"

Frank urges Isabela to go through the tunnels.

Frank has faith in Isabela's repellent.

"Once we're out, let's see if we can't steal ourselves that set of wheels."

Frank and Isabela steal the Humvee.

Brock inside of the tank.

"As prey, you and your kind are much more stubborn than zombies."

Isabela fights off zombies on the overturned Humvee.

Frank falls to his knees screaming.
Add a photo to this gallery 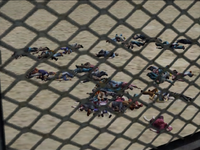 Zombies dead in the parking lot during overtime mode. As seen from the Rooftop. 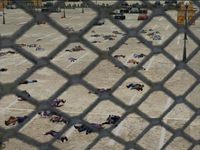 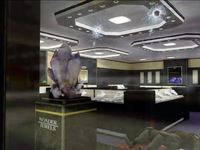 Captured by the special forces

Retrieved from "https://deadrising.fandom.com/wiki/Overtime_Mode_(Dead_Rising)?oldid=393456"
Community content is available under CC-BY-SA unless otherwise noted.