The Play Park is an indoor playground in Wonderland Plaza in the Willamette Parkview Mall in Dead Rising.

Adam MacIntyre, a clown, used to entertain children and parents that once shopped at the mall in this play area, but that ceased once the zombies came. Susan Walsh is an old woman who flees from the zombies by climbing atop one of the soccer balls.

A hidden Submachine Gun can be found on top of the yellow toy brick colored house, accessible by dropping from the Space Rider roller coaster. 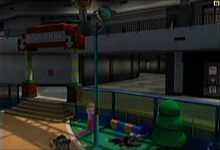 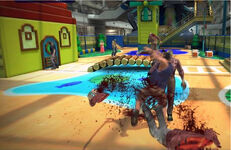 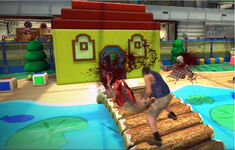 Massacring zombies.
Add a photo to this gallery
Retrieved from "https://deadrising.fandom.com/wiki/Play_Park?oldid=365336"
Community content is available under CC-BY-SA unless otherwise noted.