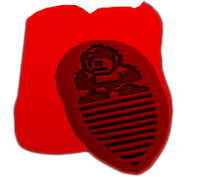 The Protoman Boots are a special costume piece in Dead Rising 2: Off the Record.

They can be found in the Ultimate Playhouse - P103 in the Palisades Mall.

The Protoman Boots are one of four items for the Protoman set of clothing, which when combined with the 3 other items, will give Frank West increased resistance to damage.

All the parts of the costume will stay in a locker in the Safe House restroom, except for the Protoman Blaster and Shield, which are leaning against the wall. Frank can equip and unequip the pieces here at any time. 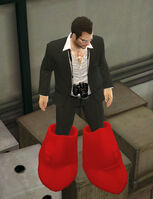 Add a photo to this gallery
Retrieved from "https://deadrising.fandom.com/wiki/Protoman_Boots?oldid=357235"
Community content is available under CC-BY-SA unless otherwise noted.