The Push Broom is a weapon in Dead Rising, commonly found in the restrooms of the mall. Once broken if becomes the much more effective and lethal Push Broom Handle. 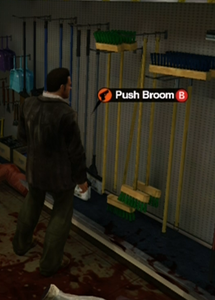