"It's OK, Jolie. You came back for me, and that's all that matters."
—Rachel, on Jolie's reliability

Rachel Decker is a survivor appearing in Dead Rising and Dead Rising: Chop Till You Drop. She is found in Ladies' Space in the Entrance Plaza during the scoop The Woman Who Didn't Make It. She has been separated from her friend Jolie Wu, and requires Frank's help to get back to her.

Rachel is running around in Ladies' Space in a panicked state after being left behind by her friend Jolie. She calls out for Jolie and refuses to talk to Frank when he approaches.

After Jolie agrees to follow Frank to search for Rachel, he brings her back to Ladies' Space. As the girls see each other, they run to each other and hug upon being reunited. Jolie apologizes for leaving Rachel behind, and Rachel forgives her. Frank then and offers to take both of them back to the Security Room. Rachel will follow only Jolie, even if Frank attempts to guide her with a waypoint.

Depending on the ending, Rachel was either rescued by Ed DeLuca, taken into custody by the Special Forces and possibly killed to cover up the Willamette incident, taken along with other survivors by Otis, who hijacks the Special Forces helicopter, or killed by Carlito Keyes's bombs.

Safe in the Security Room 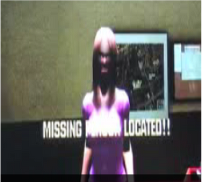 Rachel in Dead Rising beta
Add a photo to this gallery
Retrieved from "https://deadrising.fandom.com/wiki/Rachel_Decker?oldid=78225"
Community content is available under CC-BY-SA unless otherwise noted.