Ratman is a fictional superhero mentioned in Dead Rising, Dead Rising: Chop Till You Drop, and Dead Rising 2.

Dead Rising and Chop Till You Drop[]

Colby's Movieland was showing a Ratman film when the first zombie outbreak struck. There are several posters and cardboard cutouts advertising the film in the theater's lobby. There are also promotional spinoffs in the theater store and in stores around Paradise Plaza including: 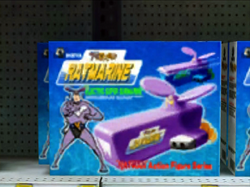 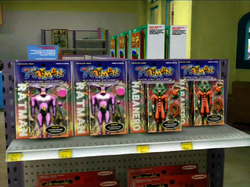 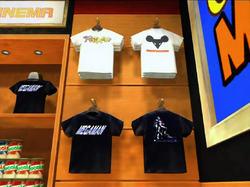 In Dead Rising 2 Chuck Greene is able to wear a Ratman costume.

Ratman also appeared in events from the Japanese rhythm battle game Otoranger, the official site revealing the story of Ratman.

In Epoch City, the rich Habanero foundation made the city more habitable, with the dazzling Habanero Tower in the center and many people wearing jewels. On the other hand, the periphery of the city is getting poor and turning into slums where even the light from the city can't reach. The mayor was frustrated with it and wanted to get rid of the slums to make the city more beautiful. From the Habanero foundation, the Pepper corps led by Habanero appeared to do the ambitious job. Every day, poor persons were chased away from the slums, some running to the sewers and being forced to live in a dark underground city.

However, Steven Gordon, a cheerful young scientist that works in the laboratory from a big company, a man good at any sports, and someone that many believe to have the potential to be the next president, has a secret that no one knows. He was raised in the slums and likes to help the poor, being like a light to them. He believes that a new era will come, and to help the poor, he steals food and money from Epoch City as a messenger of justice, the gentleman thief Ratman. 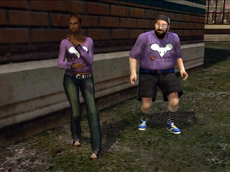