The combo card is obtained by Frank, but the weapon itself can be created and utilized by Chuck. Nevertheless, Frank is the only one who can perform this weapon's heavy attack.

The combo card can be obtained by completing the Double Trouble Sandbox challenge with a gold medal.

Locations of weapons needed to make the Reaper.[1]

Reaper in Off the Record 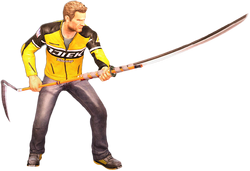 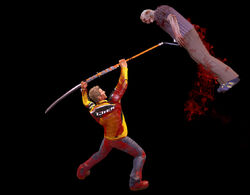 Alternate - picking up zombie in the air 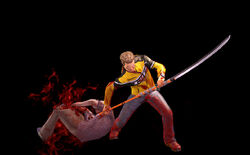 Alternate - zombie is split into pieces after being impaled and dragged 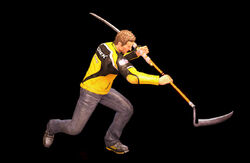 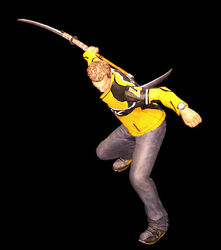