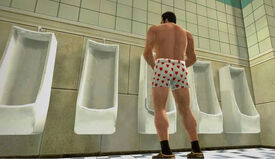 In Dead Rising, restrooms can be found throughout the Willamette Parkview Mall.

There is a secret shortcut that allows Frank to travel to and from Paradise Plaza and Wonderland Plaza via vents in the women's' restroom. To gain access to the shortcut, Frank must free Greg Simpson, who is trapped on the Space Rider in the scoop Out of Control, and follow him to discover the shortcut. The shortcut allows survivors to travel with Frank in order to reach the Security Room in a safer and quicker way.

Restrooms allow Frank to save the game. Other save points include:

Saving the game at the urinal 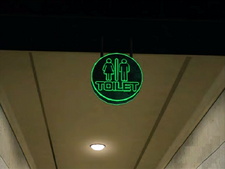 Retrieved from "https://deadrising.fandom.com/wiki/Restrooms_(Dead_Rising)?oldid=378144"
Community content is available under CC-BY-SA unless otherwise noted.