One of a pair of failed professional magicians, experimenting with a new, spectacularly gory trick - on anyone unlucky enough to be around.

"I've always wanted to do that."
—Roger's last and only words, after stabbing Reed

Roger Withers is a psychopath found in the Dead Rising 2 mission World's Most Dangerous Trick.

Before the zombie outbreak, Roger and his partner Reed were struggling small-time magicians, who longed for world renown and fame. However, they both went insane after the incident. He reappears in Dead Rising 2: Off the Record with the same role.

Roger is almost completely silent, with Reed doing the talking for him. When Chuck/Frank finds them, they are rehearsing for a new magic show, with Reed often berating Roger for messing up their scenes. They then attempt "the most dangerous trick in the world", cutting a hostage named Madison in half with a large saw. Reed fails his trick, however, and Madison is killed. While Reed laments another failure, Chuck/Frank points out that they have murdered a woman. Reed yells at Chuck/Frank for insulting them, as they are just practicing, with Roger in agreement. Roger then pulls out two Magician Swords and tries to kill Chuck/Frank, with Reed backing him up using a Rocket Launcher. After being defeated, Roger crawls over to the dying Reed, checks if he's still alive and then stabs him to death with a dagger, claiming that he'd always wanted to kill Reed before dying himself. 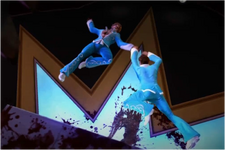 Roger crawls to a dying Reed. 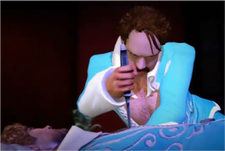 Roger about to stab Reed to death.

The pair is dead. 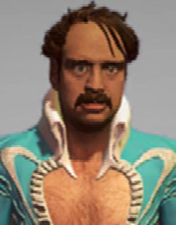 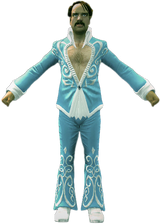 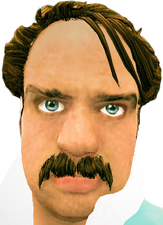