Leader of the Resistance

He is a survivor in Los Perdidos and Annie's ex-boyfriend. Red leads and protects a band of infected survivors through the city. Like other Illegals, he too is infected but refuses to get the microchip required by the government.

Nick works alongside Annie and Red for much of the main story.

Red is first introduced in Chapter 3. Once Nick gains access to the Los Perdidos Communication Tower while searching for Annie, he will climb the tower in search of her. Instead, he finds Red, who immediately shoots at him. Annie shows up and diffuses the situation, although Red and Annie remains suspicious of Nick after finding out that he came to find Annie for Gary. Nick immediately regrets coming to find Annie and decides to try and help Red and Annie instead. Red explains that the government is killing survivors instead of saving them. He asks Nick to do some work around the city by destroying government equipment to earn the group's trust.

After destroying all of the government property, Red will ask Nick to search the Los Perdidos Police Department for some video evidence off of the security cameras in town. He and Annie will meet Nick at The Burgess-Dawson Hotel once the footage has been recovered.

When Annie and the other Illegals are kidnapped by the Special Forces during Chapter 4, he helps Nick devise a plan to sneak into the military compound to rescue the group. While Nick sneaks into the compound to free the captives, Red arranges for a van to come and pick them up. He offers cover from the rooftops while everybody gets to safety. After Annie and the others have safely driven off and the Special Forces have been defeated, he tells Nick where the fuel for the plane can be found. He also shows Nick the wanted poster that has been put out on him and Diego before telling him that they will meet at the karaoke bar in Sunset Hills when the plane is fueled and ready to go.

Red later turns on the group in Chapter 7 and serves as the boss for that chapter. He lures Nick, Annie and Isabela out into the shipping yard and traps Isabela and Annie in a shipping container. He claims that Nick is the closest he will ever get to five million dollars, and proceeds to attack Nick with a crane. After Nick blows up the crane, he rescues Annie and Isabela from the container. He then fights Red in combat. After defeating Red, Annie drops a storage container on to him, crushing him. 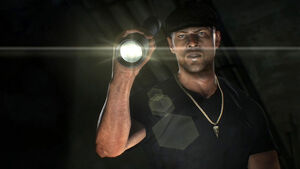 Red shines his flashlight on Nick. 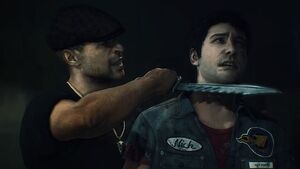 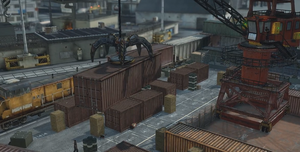 Red on top of the crane. 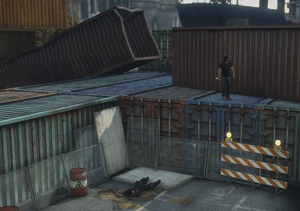 Red challenges Nick to a fight. 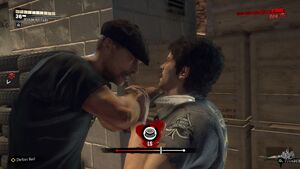 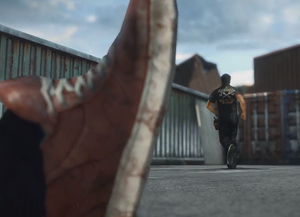 Red is crushed under the storage container.
Community content is available under CC-BY-SA unless otherwise noted.
Advertisement