"If you think I'm tough now, you should see me when they don't have my size!"
—Rosa, joking when rescued

Rosa Collins is a survivor that is shopping in the Royal Flush Plaza in Dead Rising 2 during the unannounced mission Shopping Spree.

Rosa is found talking with Bessie and Erica, in Kathy's Space in Royal Flush Plaza after 8 am on day 2. She and her friends take advantage of the outbreak and are shopping in the line-less stores when they are found by Chuck. They claim that there is a sale and they are not leaving without their box of shoes, which Chuck must carry.

Rosa is brought back to the shelter. 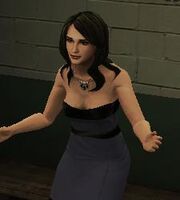 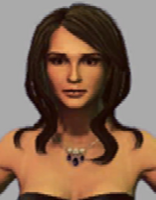 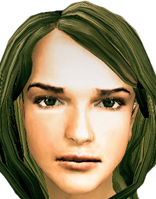