Found erecting a barricade in the Entrance Plaza.

"Take a look out there! If those ain't zombies, then what would you call 'em?"
—Ryan LaRosa, on zombies

Ryan LaRosa is a victim appearing in Dead Rising and Dead Rising: Chop Till You Drop.

He was found in the Entrance Plaza of the Willamette Parkview Mall. He was killed when Lindsay Harris removed the barricades and allowed the zombies to break into the plaza.

Ryan was first seen erecting a barricade at the Entrance Plaza with Chris Hines and Freddie May. When Frank West walks into the plaza from the Security Room, Ryan explains the zombie outbreak to Frank, then orders him to scavenge for items to add to the barricade.

When Lindsay Harris breached the barricade and allowed the zombies to come into the plaza, he was killed along with all the other survivors in the Entrance Plaza.

In Infinity Mode, Ryan appears in Run Like The Wind from 3:00:00 to 3:07:00 and is armed with a Golf Club. In his equipment he carries a Zucchini, "2x4", a Baseball Bat, a Bowling Ball, and a Fire Extinguisher. 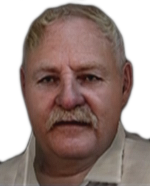 "Hey, bring that over here!"

Zombies feast on the body of Ryan.

"You lookin' to get yourself eaten alive by zombies?"

"If those aint zombies, what would you call em?"

Ryan urges Frank to help with the barricade. 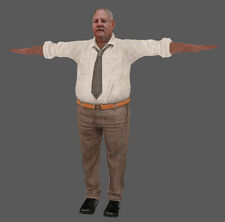 Model of Ryan LaRosa.
Community content is available under CC-BY-SA unless otherwise noted.