Seon's Food & Stuff is a North Plaza store in Dead Rising. It is the only grocery store in Willamette Parkview Mall.

The psychopath Steven Chapman can be found in this store during Case 2-3: Medicine Run. Seon's has the largest amount of food in the game.

After Brad has been shot by Carlito, Jessie McCarney informs Frank that Brad needs medical attention and sends him off to the pharmacy to get first aid. Upon arriving in the store everything appears normal until Frank tries to get through a door to the pharmacy at which point Steven Chapman arrives and accuses Frank of vandalizing his store. Frank tries to explain that someone has been shot and that he needs medical supplies or they'll die. Steven says that this is the same story that Isabela Keyes told him and then proceeds to yell in rage and attack Frank, forcing Frank to kill him.

Several weapons and foods can be found in Seon's which are not found anywhere else. In addition several unique food packaging designs are only found in Seon's.

The store is locked out in Infinity Mode because the supermarket is stocked with an infinite amount of food, which would allow the player to stay in the store and have no worries about food, making it easy to survive.

Advertisement for Seon's Food & Stuff found in the Entrance Plaza. 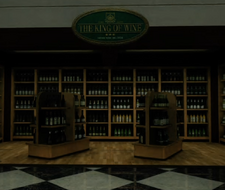 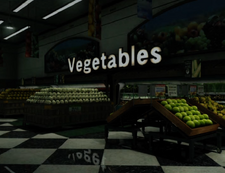 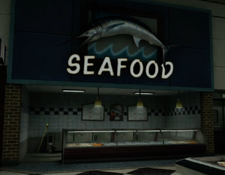 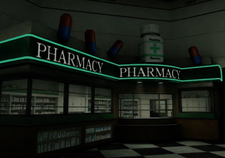 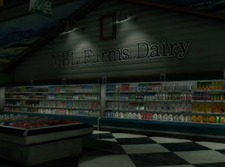 Frank with a woman in Dead Rising beta.