The Shower Head is a weapon in Dead Rising.

The shower head may be passed up for a lead pipe or a baseball bat, but Frank would be missing out on one of the greatest death animations in the game. Slam this weapon onto a zombie's head and watch the blood spout out.

It can normally be found in Cardboard Boxes as well as in Crislip's Home Saloon. Frank can earn some Outtake Prestige Points if he takes a picture. It is a decent weapon when dealing with a few zombies but is ineffective with large crowds of zombies. 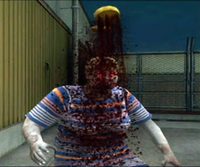 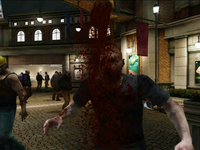 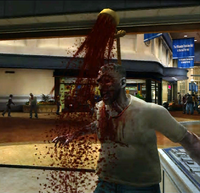 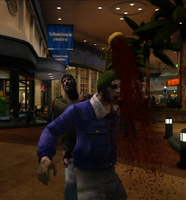 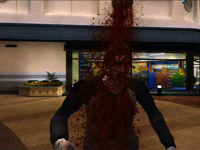 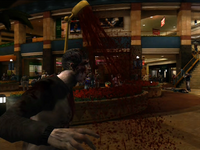 The shower head on a zombie.
Community content is available under CC-BY-SA unless otherwise noted.
Advertisement