Simon Bostwick is a survivor in Dead Rising 2 who comes to rescue the Safe House survivors during Ending S. He reappears in Dead Rising 2: Off the Record with the same role.

After Sullivan was defeated, Chuck called for a convoy of helicopters to evacuate the survivors at the Safe House. One helicopter, piloted by Simon and Dimitri, picked up Chuck from the Yucatan Casino. They arrived at the bunker as the last rescue chopper. Tamara Stein and Skylar Ali are loaded onto the helicopter and Chuck is forced to stay behind since Stacey Forsythe and his daughter are missing. The pilot yells that they don't have much time, in which Chuck responds to them to leave, in which they do. 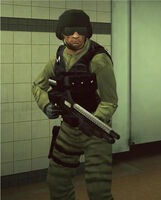 One of the pilots armed with a shotugn (mod). 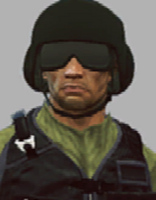