The Six Shooter is a weapon in Dead Rising 2 and Dead Rising 2: Off the Record. It can be obtained from the saw table in South Plaza after defeating Seymour Redding during the mission WWJWD?.

It appears as an engraved Colt Single Action Army .45 Colt Revolver holding 60 rounds. Against zombies, each shot will award 10 PP, and will cause their heads to explode on headshots. It is quite effective against psychopaths, allowing the player to engage them from medium to long range, and dealing enough damage that the six shooter alone is usually enough to defeat any boss.

Its ammo count is doubled if the player is wearing the Soldier of Fortune Skills Pack. 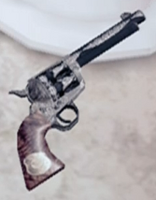 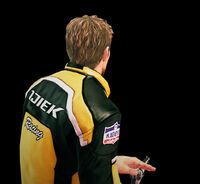 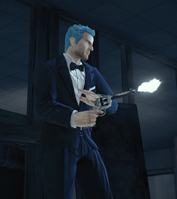