It can be given to Katey as a gift for 15,000 PP. Its durability can be increased with the Amusement and Domestic magazines.

In Off the Record, it can be combined with rocket fireworks to create the Pegasus combo weapon. 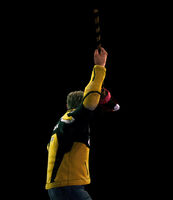