A tanned beauty. Found in the pool of the Palisades Mall.

"They call me Summer cause I like it HOT!"
—Summer, telling Chuck about herself.

Summer Chavez is a survivor in Dead Rising 2. She is found in the pool area in the Palisades Mall during the mission Fetching Females. She reappears in Dead Rising 2: Off the Record with the same role.

In Tape it or Die Summer was listed by Gretchen Peregrine on the August 6, 2010 Tape it or Die blog post as one of the members whom they would meet with in Fortune City.

In Fetching Females Chuck Greene comes across Summer, Cora Russel, and Nina Suhr in the pool area in the Palisades Mall. He attempts to get the girls to follow him to the Safe House, but Cora tells him that they refuse to move unless he pays their price of $10,000. After Chuck agrees to "settle the tab," Cora thanks him and tells him that they are "worth every penny." The girls then agree to follow Chuck back to the Safe House.

After reaching safety, Cora reveals that they work for Guardian Angels Personal Security and tells Chuck to look them up in a phone book should he ever require their services again.

Summer is one of the crazed survivors Frank can fight in Sandbox Mode. She will spawn in front of the Arena with a 2x4. Once defeated she drops her weapon and $10,000.

After being rescued she will say:

"It's fun having a cute guy for once. Call us again at Guardian Angels Personal Security."
—Summer

Summer and her girls. 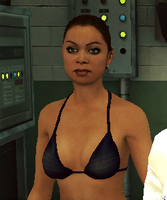 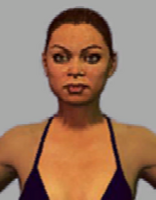 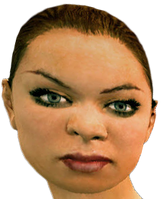