The Super B.F.G., called the Mystery Super Weapon before Dead Rising 2's release, is a combo weapon in Dead Rising 2 and Dead Rising 2: Off the Record, made by combining a Blast Frequency Gun with an Amplifier.

The official guide states: "Most powerful gun in the game. Shoots a large shock wave that can take out a massive amount of zombies in one shot."[1]

"There's only one combo weapon you cannot get in the first two days of gameplay and it's this mystery super weapon.[2] 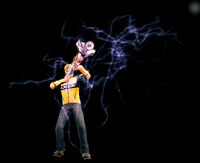 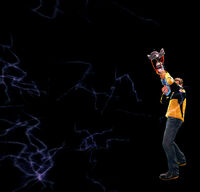