Dressed to party, low on morale.

Tamara Stein is a survivor appearing in Dead Rising 2. She was caught up in the zombie outbreak in Fortune City. She reappears in Dead Rising 2: Off the Record with the same role, though she does not help fight back when the Safe House is breached in Case 7-4: Breach.

Tamara was listed by Gretchen Peregrine on the August 6, 2010 Tape it or Die blog post as one of the members whom they would meet with in Fortune City.

In the Introduction, Tamara was seen in the safe house after escaping the zombie outbreak in the Fortune City Arena, trying to get a signal on her cell phone. After Sullivan cleared her along with several other survivors, she headed inside the Safe House.

In Case 6-4: Breach, when the shelter is breached, she is seen being attacked by a crowd of zombies and is fighting back to help secure the Safe House.

In the The Facts, as the rescue team sent by Channel 6 Action News came in to save the survivors, Tamara was seen getting into a helicopter with Skylar Ali. Before she escaped, Chuck asked her if she has seen Stacey or Katey. 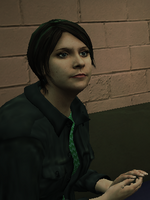 Tamara rests in the Safe House.

Tamara sits in the Safe House.

Tamara in the Safe House. 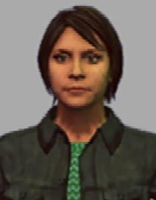 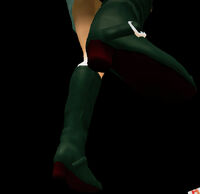 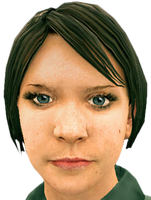