Taylor Nightingale is a character that was removed from the final version of Dead Rising 2 for unknown reasons. His model and name only exist within the game's files. Nothing else is known about him. 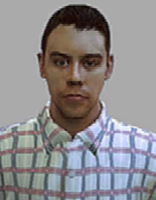 Retrieved from "https://deadrising.fandom.com/wiki/Taylor_Nightingale?oldid=395305"
Community content is available under CC-BY-SA unless otherwise noted.