Edit
watch 02:17
New Pokemon Games - The Loop
Do you like this video?
Play Sound

"Those weirdoes in raincoats are grabbin' young people and takin' them to the movie theater off of Paradise Plaza. Save them!"
—Otis Washington

It takes place in Paradise Plaza in the afternoon of the second day. It involves the True Eye cult and its leader Sean Keanan, who are about to sacrifice a young woman, Jennifer Gorman.

When Frank visits Paradise Plaza on the afternoon of Day 2, he will stumble upon a strange gathering outside Jill's Sandwiches of many people dressed in yellow raincoats and green face masks, and an older man in a white robe.

The older man, Sean Keanan, stands over a bound woman. Sean claims that they must spill the woman's tainted blood to stop the zombie invasion in Willamette. He orders his minions to place Jennifer in a bloody wooden crate where she screams and pleads for help.

Just as he raises his sword, he notices Frank, who stands out among the crowd of cultists, and orders them to attack him, stating that he is another tainted person. He then flees, leaving an imprisoned Jennifer and a surrounded Frank to deal with the crazed people. Once the cult members have been killed, Jennifer can be freed and escorted to the security room. 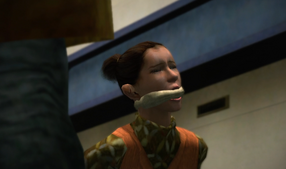 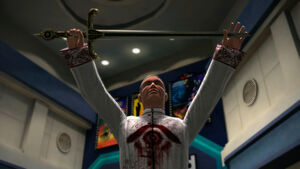 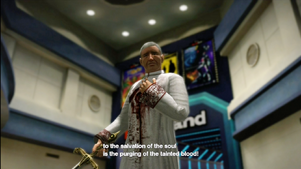 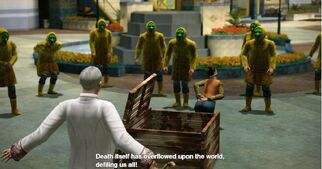 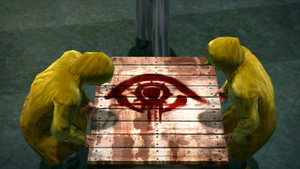 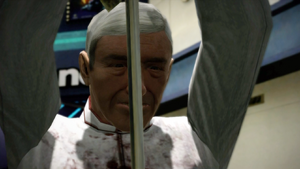 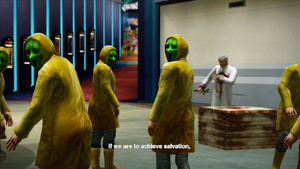 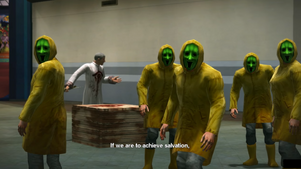