The slightly "slow" caretaker for Snowflake the tiger. Hates people, but loves animals. Will do anything to find food for Snowflake.

"People not been very good to me. Not like Snowflake. Snowflake my friend."
—Theodore Smith, on Snowflake

Theodore "Ted" Smith is a psychopath in Dead Rising 2, appearing in the unannounced mission Fresh Meat. He reappears in Dead Rising 2: Off the Record with the same role.

He is a mentally unstable tiger tamer, who keeps his tigress Snowflake with him and feeds her survivors.

Before the zombie outbreak in Fortune City, he worked as a tiger trainer at the Yucatan Casino. He has an unspecified mental disability, leading to generally asocial behavior and impaired speech.

After the zombie outbreak, Ted devotes himself to feeding "fresh meat" to Snowflake, one of the Yucatan's Bengal tigers. Mocked his whole life because of his weight and low intelligence, he considers the tigers he trains to be his only friends, and becomes extremely angry if he believes someone is making fun of him, especially if it’s his size or his intelligence.

As Chuck enters the Yucatan Casino he will spot a survivor named Lenny Mooney, however the man quickly takes off while Ted brands Chuck as "fresh meat" and knocks him unconscious. He will then drag Chuck to Snowflake. Chuck tells him that he will find fresh meat for Snowflake and tries to calm him down. He tells him to take it "Nice and slow", which Ted interprets as being called "slow", most likely believing Chuck is describing him as being slow moving, as in fat or as being slow-witted, as in unintelligent. Whichever it may be, this enrages Ted, who tells Snowflake to eat Chuck, prompting a fight. After he is defeated, he will crawl to a statue and then calls out to Snowflake to eat him as his dying wish, before succumbing to his wounds.

Ted is a rather easy opponent, much more so compared to his companion, Snowflake. He only has a Handgun and some unique melee attacks.

Typically, he will start the battle moving towards Chuck, predominantly trying to punch at him, and will rely primarily on Melee attacks for most of the battle, providing quite a range of possibilities for defeating him. Quick weapons, such as the Knife Gloves, are effective against Ted for their speed and power, though heavy weapons like the Defiler are also rather effective. The Driller will stunlock and kill Ted rather quickly so you don't have to worry about Snowflake. If Chuck has trouble fending off the double threat from Snowflake, retreating into Baron Von Brathaus, across from Snowflake's habitat will separate the two, as Snowflake cannot enter this area.

Systematically wearing Ted down with typical attacks and run-and-gun maneuvers work well, though Snowflake is another story altogether.

Another very easy strategy (even without DLC and being level 1 in single player) is to simply pick up the Fire Axe near where you start the fight and quickly run up to him and whack at him a couple of times. Do it quick enough and Snowflake won't return in time to help him. 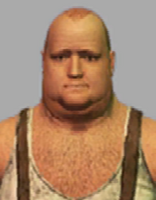 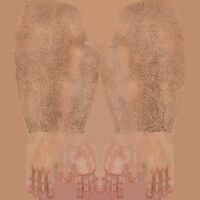 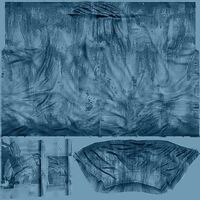 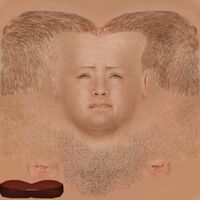 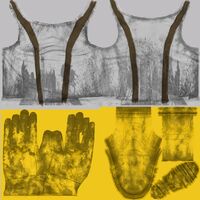