"We need help! Over here! Someone's been hurt!"
—Tonya, upon seeing Frank
"All we have to do is wait here, right?"
—Tonya, upon reaching the Security Room

Tonya Waters is a survivor appearing in Dead Rising and Dead Rising: Chop Till You Drop.

She is found in Run Like the Wind in Wonderland Plaza during the scoop Lovers. She is the girlfriend of Ross Folk, and is devoted to him, worrying only about his safety.

Tonya and Ross are found hiding in a shoe store in Wonderland Plaza. When Frank comes across them, she asks for him to help Ross, who has been shot trying to protect her. She refuses to leave Ross behind despite how badly he is hurt. Ross demands Frank to get Tonya out of there and asks for a handgun.

If Frank obliges his wishes, Ross will then shoot himself in the head. Tonya, enraged and in grief, will blame Frank for her boyfriend's death, and refuse to go with him.

If Frank talks to Tonya instead, she can be convinced to help him get Ross to the Security Room. Ross's injuries make it impossible for him to walk far, and Frank has to carry him.

Tonya appears in Riverfield Jewelry (or in Brand New U) at Al Fresca Plaza from 2:07:00 to 2:19:00 carrying cabbage and is armed with a hunting knife. In her equipment she carries 2x4, Dumbbell, Sickle and Cleaver. 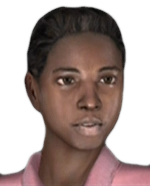 Ross and Tonya in the beta version of Dead Rising. 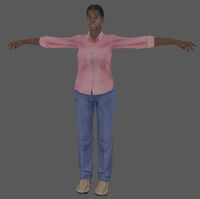 Add a photo to this gallery
Retrieved from "https://deadrising.fandom.com/wiki/Tonya_Waters?oldid=399453"
Community content is available under CC-BY-SA unless otherwise noted.