The Tornado Gas Station is a gas station in Dead Rising, located on the main street of Willamette, Colorado.

The gas station can be seen during the helicopter ride with Ed DeLuca. During the Willamette Incident, the Tornado Gas Station inexplicably explodes as the helicopter passes by, sending a fireball and plumes of black smoke into the sky. Several of the zombies caught in the blast are ignited and subsequently killed.

The explosion and the resultant wreckage can be photographed by Frank West for a lot of prestige points.

Tornado Gas returns in Dead Rising 4 as a full store the player can enter. There is one in every section of Willamette that has a mini-car that player can use and a exo-upgrade. The player can also blow up the gas pumps. 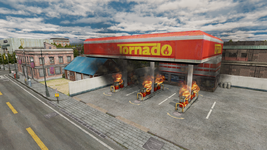 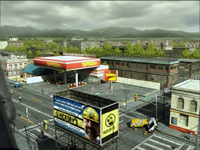 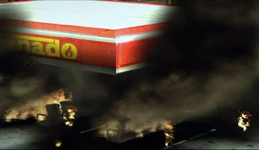 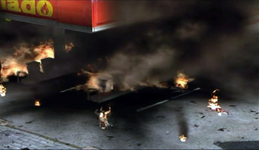 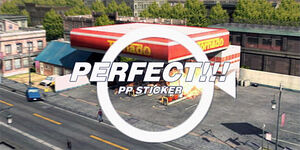 Add a photo to this gallery
Retrieved from "https://deadrising.fandom.com/wiki/Tornado_Gas_Station?oldid=369513"
Community content is available under CC-BY-SA unless otherwise noted.