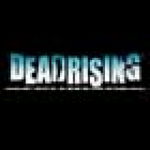 Hi, welcome to Dead Rising Wiki! Thanks for your edit to the User:Doucetth page.

Not sure where to start?

Hey, I just saw that you are getting the weapon images from the other wiki.

Hi Doucetth, I am the editor who created those images. Doucetth, you sure put me in an awkward position.
If this wikia would like to reevaulate the informal agreement we have, I welcome it. I have already suggested closer cooperation recently which was declined by some prominent editors here. Anno1404 00:31, September 17, 2010 (UTC)

At least Sum caught it and stopped it. Some people might've just let it slide and hope no one noticed, so it coulda been worse. Also Anno, have you gotten around to trying Infinity Mode again yet? If it's just because of lack of time, you could always install DR to your hard drive to prevent overheating, then just pause it when you can't play. And I don't know what "closer cooperation" suggestion you're talking about. Explain?

RE: I have already suggested closer cooperation recently which was declined by some prominent editors here.
On dead-rising User:Hefe posed this question, and I responded: [2]
Hefe then posted on several editors pages:

http://deadrising.wikia.com/wiki/User_talk:Hefe#Thanks! "But yes, his templates are really complex but I think we're ok on our own for now, but merger talks could be brought up in the future. AS long as we're both friendly, we should be ok for now."

Go to your account icon, and there is an option under Avatar that will allow you to change your page photo.

Also, please use the correct templates on the pages. At the very least, remove the 'placeholder image' thing. Sumtaedium 23:10, September 17, 2010 (UTC)

Hi, when uploading pics, please make the title descriptive on what the image is. Not like "Images" or "Images 2" (referring to your two recent uploads). I'll probably re-upload them under different names later, but just for future reference. Thanks! --Mistertrouble189 22:01, October 5, 2010 (UTC)

Hey thanks for fixing that typo on the Beach Ball page, I forgot to look through it before moving on.

Just a tip, when creating a page for a DR2 weapon, remember to remove the 300px placeholder image and use the Template:DR2Weapon template, not the infobox. You can also take a look at this page to see what the contents should be like. Keep up the good work! --Ciwey 19:53, October 29, 2010 (UTC)

Uh, yeah, that. And I'm asking you this as an administrator, Doucetth. If you don't give me an adequate explanation, I'm gonna have to ban you for some time. --Ciwey 15:39, October 31, 2010 (UTC)
-To Ciwey: I am sorry for the sudden action, and the comments. I was looking through the Wanted List and found articles that were spelled incorrectly so I went to the links of those articles, and found they were spelled incorrectly, so I fixed them. When I did, the former page did not have links, so I went to the action of asking permission for deletion. I am sorry if this was abrupt, and caused trouble, but i did not intend to create problems. I will not do such actions again if this creates issues again.

Hey there, i'm gonna need more information to know how to help. What pages are you having trouble with? Are you actually uploading the pictures onto the wiki or just trying to put the file name on your computer on a page? Sumtaedium 21:51, November 21, 2010 (UTC)

Hmm, the templates always are a little strange sometimes. Whenever I add a picture i have to click edit once, exit out, then click edit a second time to get it to actually show up. Maybe this is your problem? I can't really help, templates aren't my strong point. You'll be better off asking some of the older members, like Ciwey, mistertrouble, jax, and yoshiman for help. Sumtaedium 22:01, November 21, 2010 (UTC)

As far as I remember, it's not a limited edition badge. That said, the achievement system is managed by Wikia staff and not the Wiki's administrators, so sorry but I can't help you out there. --Ciwey 17:39, November 23, 2010 (UTC)

the pictures you uploaded, dynamite, pineapple, chef's knife, grenade pictures do not appear in dead rising 2 at all. I am going through and deleting these pictures. A 20:48, 7 August 2011 (UTC)

Retrieved from "https://deadrising.fandom.com/wiki/User_talk:Doucetth?oldid=237720"
Community content is available under CC-BY-SA unless otherwise noted.