Was the target of snipers.

Mark of the Sniper
Kindell's Betrayal

"But... There's snipers out there. They'll shoot anything... zombies... people. If we go out there, they'll fire on us for sure!"
—Wayne, on Frank trying to rescue him
"Thanks. It's nice to not be used for target practice anymore."
—Wayne, upon reaching the Security Room

Wayne Blackwell is a survivor appearing in Dead Rising and Dead Rising: Chop Till You Drop.

He is found in Estelle's Fine-lady Cosmetics in the Entrance Plaza during the scoop Mark of the Sniper. He is under attack by the Hall family and cannot be rescued until their defeat.

Mark of the Sniper[]

Wayne is hiding behind the counter in a cosmetics shop in the Entrance Plaza, under attack by three snipers. Frank attempts to convince him to make a run for it, but he refuses to take the risk.

After the snipers are killed, Frank returns to Wayne and lets him know that he took care of things. He urges him to get going before other weirdos appear and replace the snipers, and Wayne agrees to follow Frank to the Security Room.

After being rescued, he will wait in the room with the green door. When Kindell Johnson believes that there is no helicopter coming in three days, he rallies up the other survivors in the same room, including Wayne, to make a break for it.

If Frank does not stop Kindell's mutiny, Wayne will leave the Security Room along with the other survivors in the same room. They will no longer count towards the number of rescued survivors.

In Infinity Mode, Wayne appears in the Meat Processing Area from 3:00:00 to 3:07:00 and is armed with a Mailbox. In his equipment he carries an Apple, a Nightstick, a pack of Pet Food, a Frying Pan, and a Paint Can. 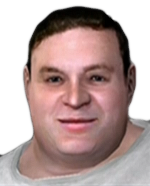 Wayne cowers in the corner. 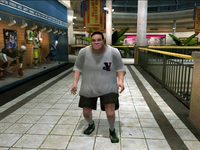 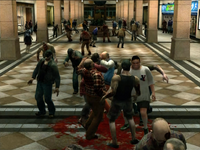 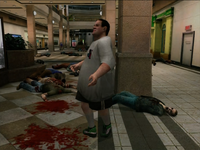 Wayne reanimates as a zombie. 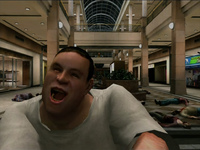 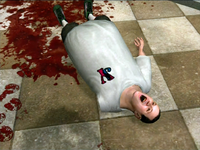 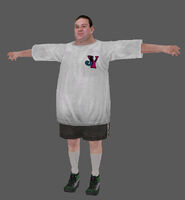