Weekly Photo Magazine is a book in Dead Rising. It can be found in Contemporary Reading in Paradise Plaza.

The book allows Frank to see Prestige Point Markers over zombies' and characters' heads, which takes the guesswork out of figuring out good photo opportunities and specific genres.[1]

The color of the marker indicates what kind of Genre Photo can be taken from the Target: 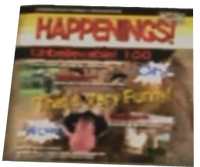 Retrieved from "https://deadrising.fandom.com/wiki/Weekly_Photo_Magazine?oldid=364780"
Community content is available under CC-BY-SA unless otherwise noted.