It can be crafted in the Combo Bay after the mission Meet the Contestants is completed, by combining a dirtbike with an Wheelchair.

The bike's wheelchair can be used to transport survivors and co-op players. However, the wheelchair's extra weight makes the bike very difficult to control. 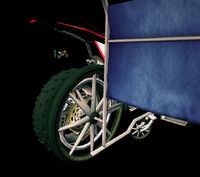 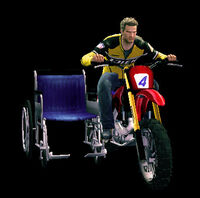 Backing up the Wheelchair Bike

In the combo bay

A hit zombie flies through the air