The weapon can be sprayed on the ground to create a spot that causes zombies to slip, and it can be used on zombies to make them appear white. 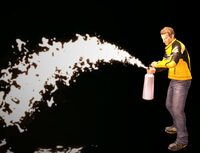 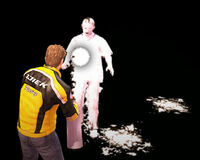