Tough as nails. Found in the South Plaza.

"Thanks for haulin' my behind outta there."
—Willa, after being rescued

Willa Harris is a survivor in Dead Rising 2. She is found in the South Plaza during the mission An Industrial Fashion. She is a construction worker with a leg injury. She reappears in Dead Rising 2: Off the Record with the same role.

Willa is found on a scaffolding in the South Plaza, protected by another construction worker, Terri Glass. When Chuck Greene arrives, she tells him that she is injured and requires help. Chuck agrees to carry her back to the Safe House along with her friend Terri.

If Chuck has the Leadership magazine in his inventory, Willa will be able to walk on her own and doesn't need to be piggybacked by Chuck.

Willa is one of the crazed survivors Frank can fight in Sandbox Mode. She will spawn on the upper level of the Royal Flush Plaza with a Pan. Once defeated she drops $10,000 and her weapon. 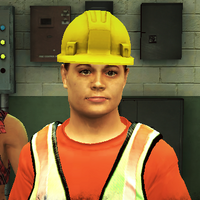 Willa sitting on the scaffold.

Willa is brought back to the shelter 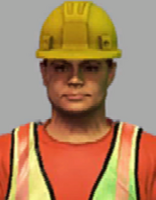