Willamette, Colorado is the main setting of Dead Rising and Dead Rising 4, with the mall as its more specific location during the events of the first game.

The town is located in a valley surrounded by green hills and vegetation. The center and populated area of town can be accessed via bridge where several houses and farms lie on the town's border. The town is an average American settlement, with restaurants, businesses, homes and schools. Willamette's most popular attraction is the Willamette Parkview Mall with 79 stores.

Willamette, Colorado, was the target of Carlito Keyes for his terrorist attack to expose the what the United States government did in Santa Cabeza. Nearly the entire town was infected and turned into zombies, who would then proceed to wreak havoc on town, attacking residents and killing them, with many coming back to life as zombies themselves. As chaos enveloped the town, car wrecks filled the streets and several buildings caught on fire and law and order was lost. A large number of survivors found refuge at the mall in the center of town, where Carlito rode out the outbreak.

Ultimately, a cleanup mission is authorized by the government and Special Forces soldiers arrive in the mall shortly thereafter. They are ordered to kill all remaining survivors so that they would not be able to tell the public about the zombie outbreak. Otis commandeers a Special Forces helicopter and flies himself and the survivors to safety, while Frank West and Isabela Keyes fight with the hostile soldiers and attempt to flee town; they were ultimately picked up by government agents after Commander Brock Mason was defeated.

According to game dialogue not found in the final version of Dead Rising 2: Case Zero, after the Willamette Incident, the United States enacted the Willamette Act, that presumably outlines the measures to be taken in case of a major outbreak, such as in Las Vegas. In Rebecca Chang's original broadcast that is to be heard in the beginning of Dead Rising 2: Case Zero, she mentions that the President has initiated the Willamette Act, that has the government scrambling the military and setting up a 50-mile perimeter.[1]

Many years after the outbreak occurred the town was eventually declared safe to be inhabited again and it once again was repopulated the old mall was torn down and was replaced with another this time as one of the largest in the world.

The military built a base in the town where a group know as obscures began experimenting on the few remaining zombies following the discovery of the cure for the infection. Frank West who had previously broke the story about the first outbreak in Willamette broke into the base with his student Vick who had heard rumors of the experments. After this incident a team of soilders lead by a man named Calder raided a lab that use to belong to Dr.Barnaby the man who created zombies after an accident his men where infected and Calder in an attempted to save himself using Barnaby's machine was turned into the first intelligent zombie and the strongest while being in control of an exo suite.

The newly built mall was finally ready to open for the holidays when the now infected Calder attacking the mall and beginning the second Willamette outbreak within days the town was once again overrun with zombies.

Obscuris was now attempting to capture Calder while losing over 100 men to him and new evo zombies ZDC agent Brad Park later found Frank and informed him of the outbreak entering its 6th week and convincing Frank to get the story before Vick does who was also in the town.

After gathering the evidence needed to expose what had happened and with the proof needed to expose the government being the one's who created zombies Frank defeated Calder and attempted to flee with Vick and Brad however he let go of the evacuation chopper and was turned into a zombie. After Blackburn gave Frank control of himself again he cured himself with Barnaby's machine and escaped with the rest of the survivors becoming famous once again Willamette was then firebombed by the Military to stop the outbreak.

Flying to the mall. 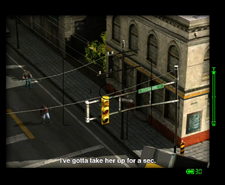 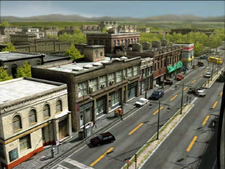 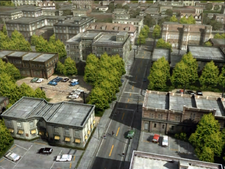 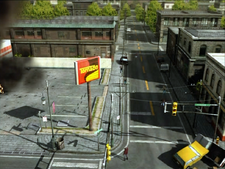 Street next to a gas station. 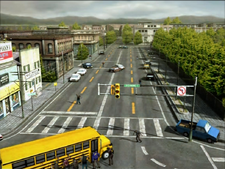 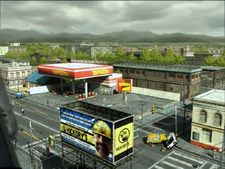 Gas station and a Hickory's advertisement. 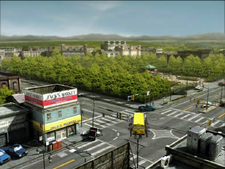 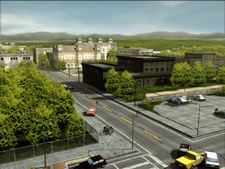 Zombies feast on a body. 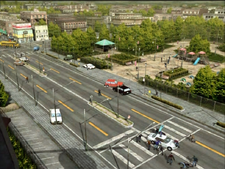 Chaos on street & in playground.