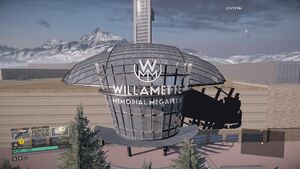 Willamette Memorial Megaplex is the new mall in Dead Rising 4.

This brand new mall was built in Willamette, Colorado as a memorial for The Willamette Incident. Many newspaper articles that Frank finds talks about the controversy surrounding the building of the new mall.

The first area that Frank starts in during the main campaign, Frank and Brad's helicopter crash in to the Amazon Food Court. All of Chapter 1 takes place inside the mall.

There are several 'sections' in the mall where certain stores and businesses are grouped together. Each section of the mall usually has its own theme. 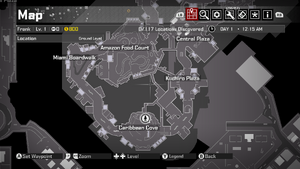 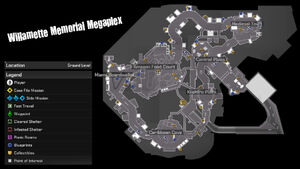 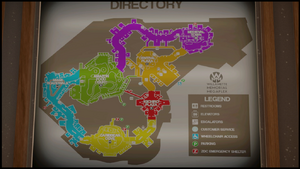 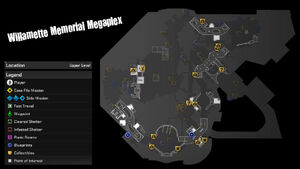 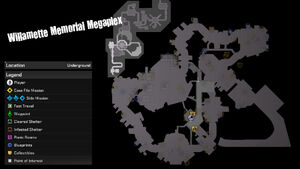 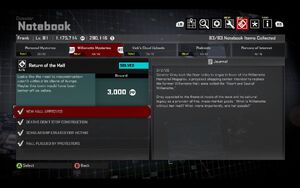 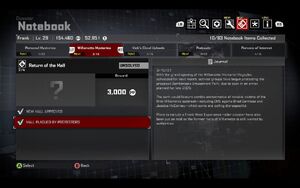 Plans for the new mall, which was originally supposed to feature animatronic versions of Jessica McCarney and Brad Garrison. A roller coaster honoring Frank West was cancelled. 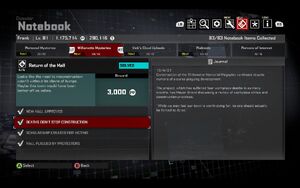 The new mall is rumored to be cursed. 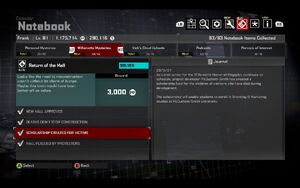 Scholarship is created for the children of parents killed during the construction of the new mall. 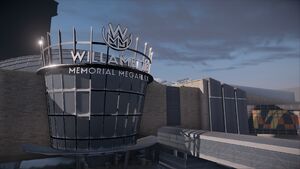 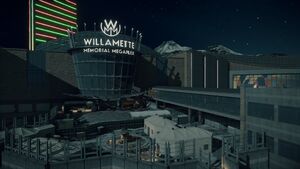