"We can't very well stay here by ourselves, can we? Let's just follow him for now but remain suspicious of his tricks."
—Yuu, on deciding what to do
"I am honored that you helped me. Please accept my humble gratitude."
—Yuu, upon reaching the Security Room

Yuu Tanaka is a survivor appearing in Dead Rising and Dead Rising: Chop Till You Drop.

He is found in Sir Book-a-lot during the scoop Japanese Tourists with Shinji Kitano. As the name of the scoop suggests, he is a Japanese tourist who does not speak any English.

Yuu is found in Sir Book-a-lot in Wonderland Plaza with fellow tourist Shinji Kitano. As they speak no English and Frank speaks no Japanese, they are unable to understand each other at first.

Using a Japanese book, Frank is able to communicate with them in ungrammatical language. He offers to bring them to a safe place, and after some arguing Yuu and Shinji agree to follow him.

Yuu appears at the Meat Processing Area from 4:07:00 to 5:00:00 carrying cabbage and is armed with a 2x4. He also carries Bowling Ball, Bass Guitar, Tool Box and Lead Pipe. 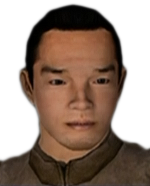 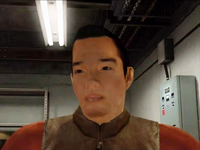 In the Security Room. 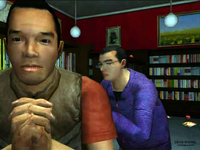 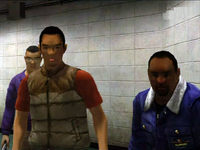 With Greg and Shinji. 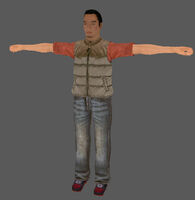