Fresh zombies are introduced in Case 1. When Frank enters the mall shelter to track down Vick, he will see a recently infected person become a fresh zombie. Fresh Zombies are faster and much more aggressive than a standard zombie. They can be identified by their red glowing eyes.

Normal zombies are most common enemies in the game. They are attracted to anything that make noise or move and are easily distracted. Normal zombies are weak as individuals, but in a horde, they can surround and swarm those that are not alert. They can be identified by their white lifeless eyes.

Evolved Zombies are first encountered in an underground passage way located inside a blocked train tunnel in Case 3. Evos have shown a strong portrayal of aggression and dominance to their regular counterparts. When spotting their prey, they will automatically charge towards them and start their attacking methods. They are bald, half-naked infected with scars on their skin, ripped lips and easily distinguish through their green, illuminating eyes. Insects also fly around them. 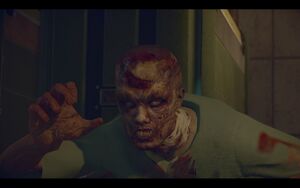 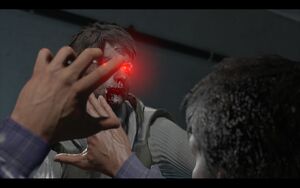 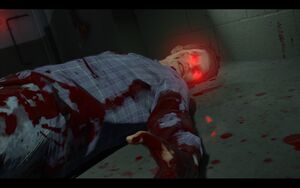 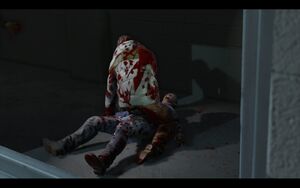 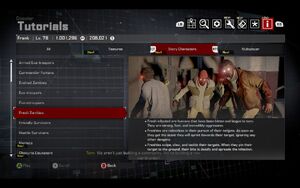 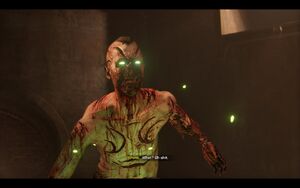 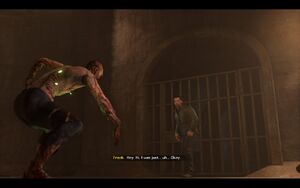 Frank sees an Evo Zombie for the first time 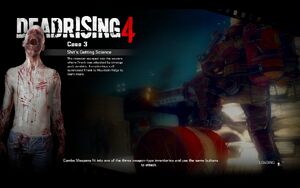 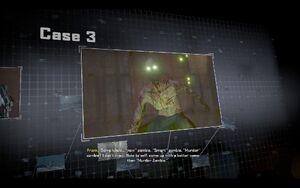 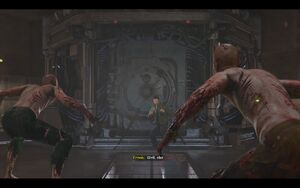 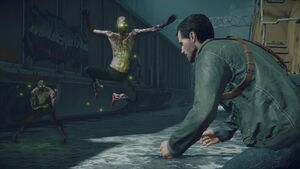 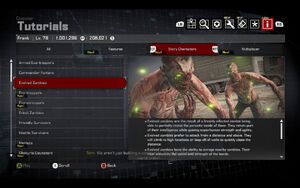 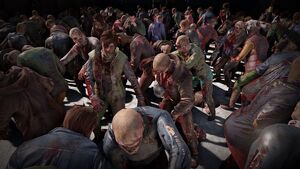 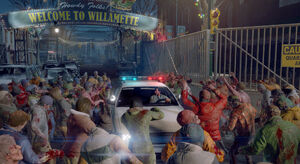 Frank surrounded by a horde of zombies.
Add a photo to this gallery
Retrieved from "https://deadrising.fandom.com/wiki/Zombies_(Dead_Rising_4)?oldid=393680"
Community content is available under CC-BY-SA unless otherwise noted.